The New Zealand Cricket Board has organized a Tri-nation T20 series 2022 with Bangladesh and Pakistan to prepare for the upcoming T20 World Cup. The T20 World Cup will start in Australia in October 2022.

There are more challenges for the subcontinent countries in conditions like Australia. The schedule for New Zealand's preparations for the World Cup in Australia has been released.

Bangladesh will start the tri-nation series with a match against Pakistan on October 7. Then the Tigers will face New Zealand on October 9.

Bangladesh's next two return league matches are October 12 and 13. All the tri-series matches will be played in Christchurch. The final will be on October 14.

Then the Bangladesh team will fly to Australia. The Tigers will play two warm-up matches against Afghanistan and South Africa on October 17 and 19, respectively, before the World Cup. Both practice matches will be played at Brisbane's Allan Border Ground.

The tri-nation series will start with the Bangladesh-Pakistan match on October 7 in Christchurch, New Zealand. It's being played in a double round-robin format so the teams will play each other twice. The series will end with the final on October 14 at the same venue.

In Bangladesh, all the matches of this series will live broadcast Gazi TV, T Sports and Rabbitholebd.
PTV Sports, A Sports HD will live telecast tri series 2022 in Pakistan. Indian viewers can enjoy this series on Fancode.
Spark Sports is the right holder of this tri nation series. Cricket viewers on New Zealand can watch this tournament on Spark Sports channel.

The first match of the New Zealand T20I Tri-Series will be between Bangladesh and Pakistan on October 7, in Hagley Oval. On October 14th, the final match of the tournament will take place. Now lets check the full schedule of New Zealand, Bangladesh, Pakistan tri series 2022. 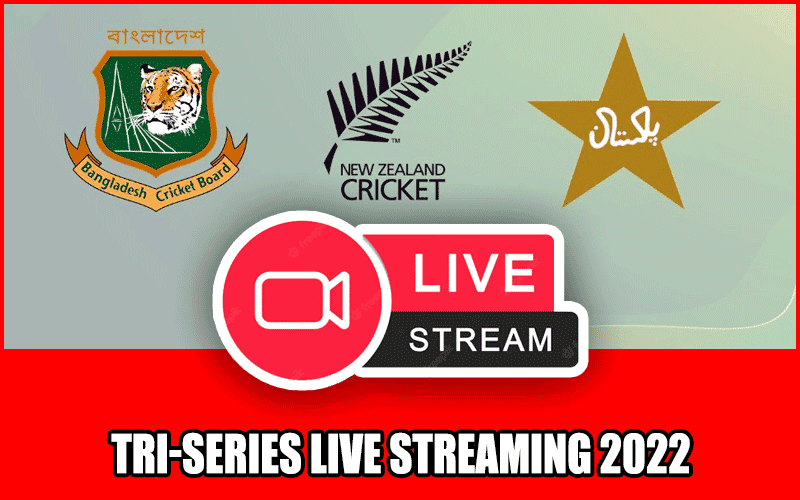